The sphinx, an ancient mythical creature, is known from Mesopotamian, Greek and Egyptian mythology as the guardian of tombs, secrets and mysteries. The sphinx that Giovanni Smirich built in the garden of his villa was modeled after Egyptian sphinxes, with some modifications and specifics. By its dimensions – about 5 meters long and 3 meters high – it is the largest sphinx sculpture in Europe today.

The Zadar sphinx has a human head and a lion body with the exception of the front paws, which are shaped like hands. The facial expression is stern and dignified, and since it is believed to have been built after her death as a memento, it was assumed that the sphinx’s face was actually a portrait of Giovanni’s wife, Atilia Spineda de Cataneis. This remains an assumption for now and as one of many secrets that this sphinx keeps. It has a typical Egyptian headdress on the head – a nemesis – decorated on the sides with hieroglyphs, which are correctly transcribed but have no meaning.

Her hair was gathered in a braid, and on her chest she had the relievo of a winged eagle that was destroyed in the middle of the 20th century. It faces east, just like the Egyptian sphinxes, and in front of it there is a shell-shaped pool.Above the shell, she once held a dagger in her hands that is also destroyed and now vanished. Her tail was attached to her right body and damaged as well.

The entire sculpture is built of stone and concrete. Individual parts, such as head, are specially made according to the mold and added to the body of the sculpture. Everything was coated with a fine layer of concrete that was originally painted in a light brown (ocher) color in order to get an additional resemblance to the Egyptian sphinxes. In 2021, a thorough restoration will be carried out in which the destroyed parts of the sculpture will be restored. 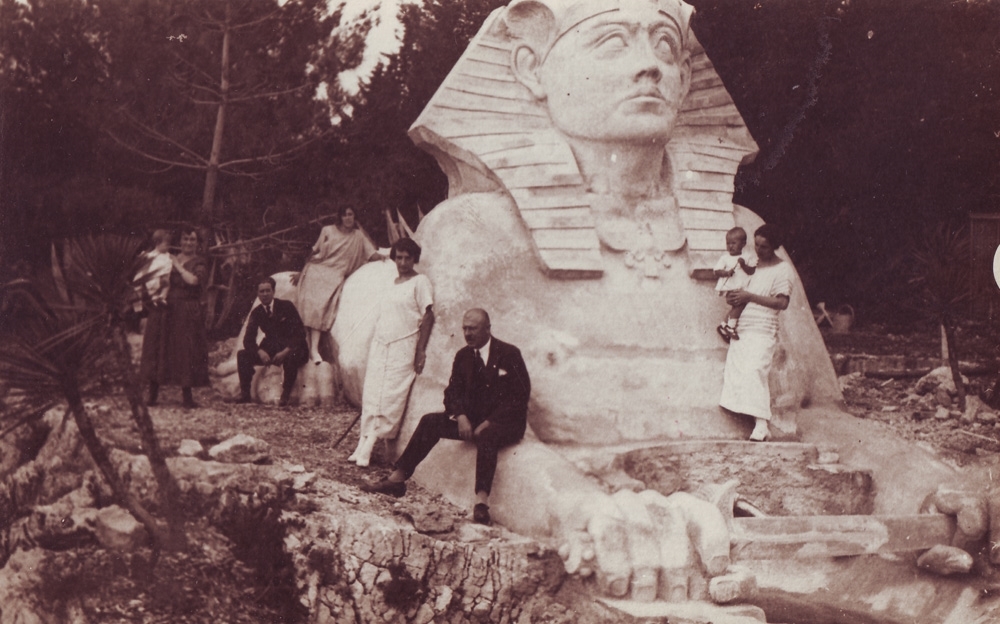 Smirich family with the sphinx 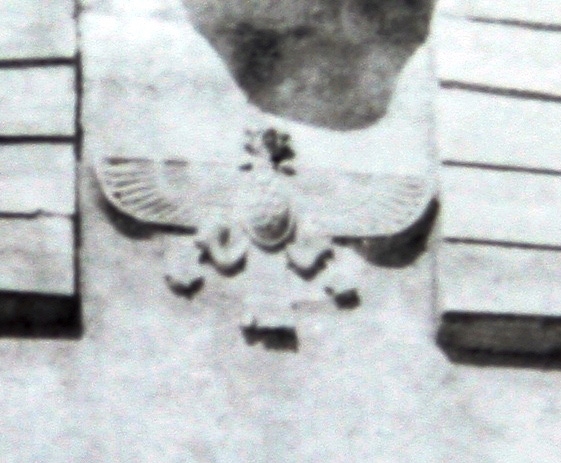 Original medallion on the chest of the sphinx 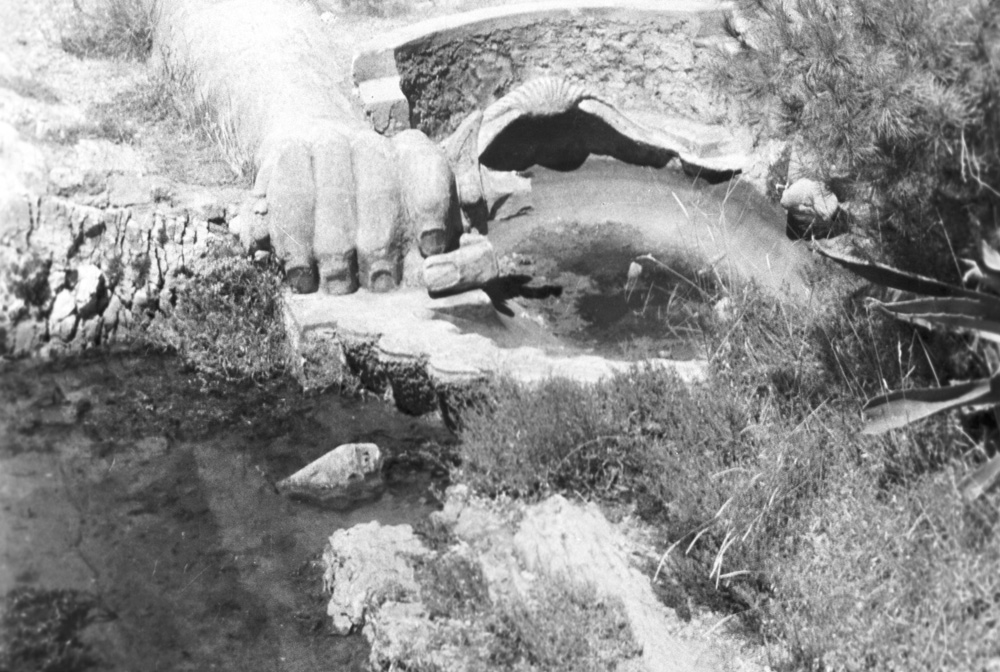 Detail showing the shell in front of the sphinx 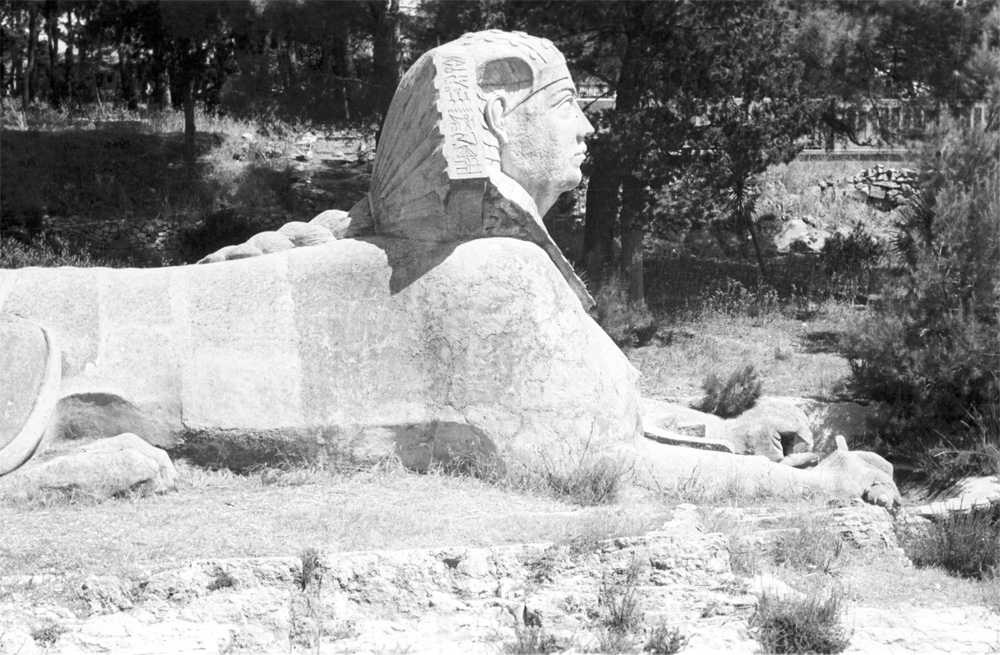 Sphinx seen from the side 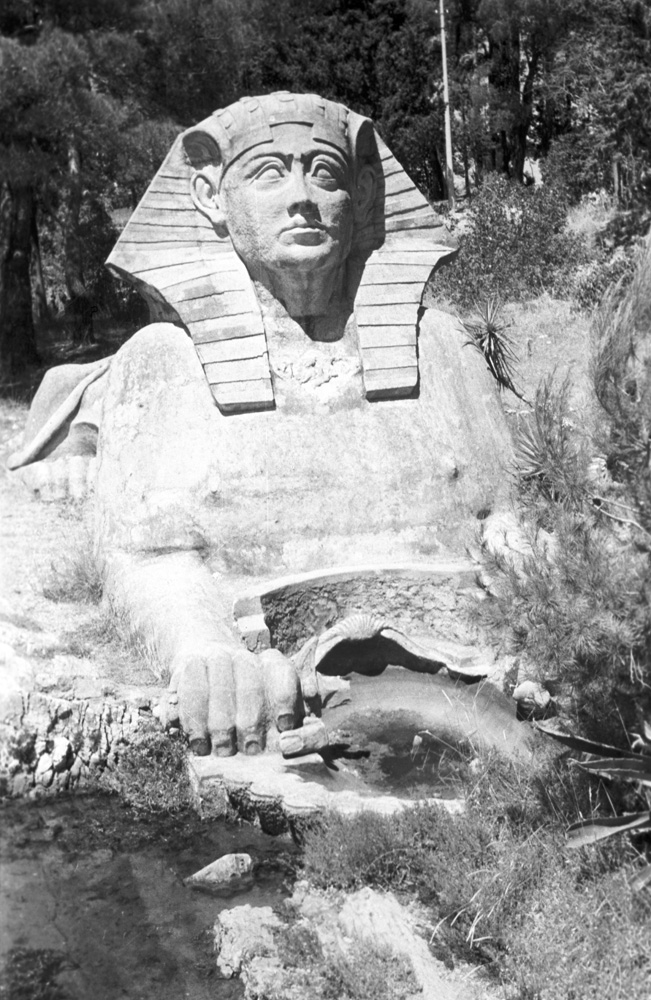 Sphinx seen from the front 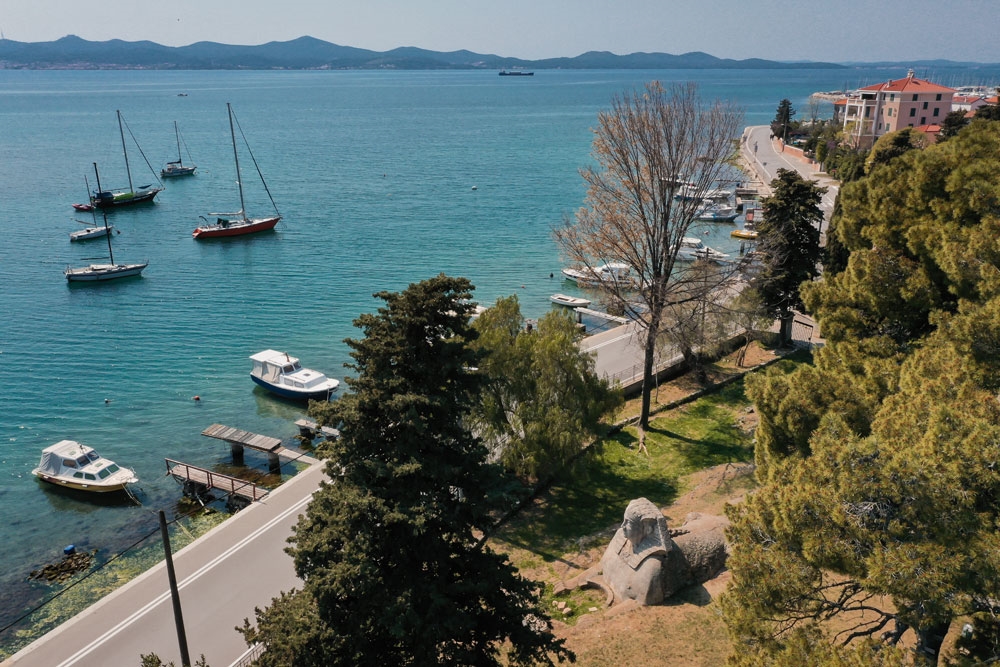 View of the sphinx and the sea